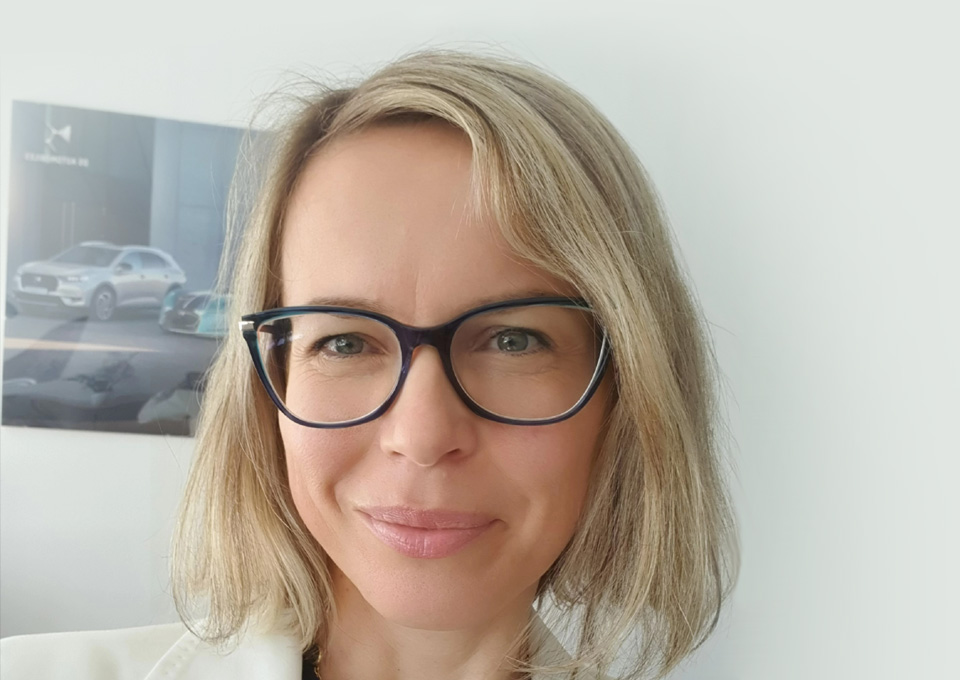 1. At what stage in your life did you sign up for the Authentic Leadership programme organised by LeadINcenter?

I learned about the Authentic Leadership programme thanks to a very positive reference from its direct participant. At the time of my decision to apply for the programme, I had been experiencing a difficult period full of changes and new challenges in both my professional and personal life. Its contents indicated that it was exactly what I needed in order to regain some balance in life. The programme had lasted nearly a year in my case, and I greatly appreciate that my employer made my participation in it possible.

2. Has the programme changed you? If so, how?

Absolutely, in many ways. What resonated with me the most was the notion that it makes sense to capitalise on one's strong points, rather than gruellingly strive to develop the weak ones which I now recognise not to be among my natural talents. I realise that there are areas where I will not excel and that will exhaust too much of my energy, therefore it is more prudent to entrust such tasks to those able to handle them effortlessly, with ease of mind to boot. And that applies at work and home alike. 😊

3. Do you recall having any striking “aha” moment?

One such moment for me was the recognition of differences in talents, as well as the diversity of attitudes and perspectives of other people on the same thing – a perfect transition from frustration to fascination had occurred within me. The greatest pleasure I found was the understanding and unconditional acceptance of my loved ones.

4. While that is great to hear, is it safe to assume that the transition “from frustration to fascination” could not have been quite so simple?

I will not deny that I have, at a certain moment, even given thought to a radical change of my profession. My perimeter of responsibilities as the CFO had expanded significantly with the increase in the number of entrusted companies, and I have resultantly found myself in a very difficult situation. I initially found it very challenging to put up with being constantly compared to my predecessor, especially by colleagues who were accustomed to his way of work which was completely different from my own.

During the program I have also faced considerable personal challenges such as the so-called “Amazon” feeling, that being how am I supposed to manage everything by myself and take care of those close to me. Subsequently, other blows would follow in the form of the death of loved ones, which I had no choice but to come to terms with. Those truly were very trying times.

5. Since you mention your family, how has the AL programme affected your household? Living with your husband and children?

In this regard I have also experienced great relief in several aspects, such as being able to better understand my 12 year old daughter and her “sense of chaos and disorder”, formerly our main point of contention. I have also attained better and deeper comprehension of the differences between not only the kids, but also us parents, and I have stopped trying to “force” our obligatory time spent together; instead we have learned to split our hobbies in accordance with our actual needs. I no longer feel guilt over my daughter spending the weekend racing horses with only her father (they are both exceptionally active 😊), whilst the son and I stay at home and, conversely, enjoy the peace and quiet. Of course, we still have our shared activities, but I have become better acquainted with our individual preferences which I now actively try to take into account.

6. Let us circle back to the subject of work. Why did you recommend the programme within the structures of your own firm? What motivated you?

At the beginning of the programme, we heard from the programme instructors that they would guide us to properly savour our achieved material success, with contentment and gratification. And I have truly felt this about myself. I work in a corporate and very dynamic field where high demands are placed on flexibility, performance, and employee commitment. I perceive that the internal motivational potential, no matter how strong, will inevitably fade over time without further stimuli. The pandemic period was and still is a good time to realise what the true and lasting qualities are. It is evident that the success of every company, during its good but also – and especially – the bad times, is owed to motivated and loyal people.

My initiative in promoting a company-wide development programme in collaboration with LeadINcenter for our employees was based on the need to show our colleagues that their contributions and talents are valued, and their personal growth and inner stability are of great importance to us.

7. Were you not concerned about how this “external” development programme will affect your colleagues, your employees?

But of course, yes. Despite most of the directors having shown their support, not everyone was enthusiastic. We recognised the very real risk that people may choose to tread a different path and resign upon completing the programme. Fortunately, that has not come to pass as of now. On the contrary, we are seeing the extremely positive effect that it has had on people. So, even though I had very modest hopes in front of the pilot group whether or not it would interest our colleagues, or to what extent, I believed in the positive effect which has now begun to show. We have already moved 30 of our employees into the programme on a voluntary basis and plan to offer it to every single one of them (there are more than 100 in total).

Another thing I see as a huge perk is the fact that these workshops also have a “teambuilding effect”, as all departments are represented in the groups which allows for the strengthening of internal relations, and therein lies an enormous benefit for the people and for all of us as a company just as well.

8. It has been some time since your programme concluded. How do you feel about all the information and its impacts now? What else would you like to change or achieve?

I have come to realise that my years long career in the field of numbers (finances) has afforded me the revelation that what matters the most are none other than the people themselves; that even in the face of the automatization era, the true cornerstone of value is human potential, and it is the very development thereof that I will continue to involve myself in.